Girl with Dragon Tattoo on Her Back

This dragon tattoo is inked in black and white across a large part of this girl’s back, reaching onto her right shoulder.

Girl with dragon tattoo on her back

This rising dragon tattoo portrays a fierce dragon image, covered in scales and with a coiled, snake-like body. The black dragon tattoo is ornately designed in the traditional Chinese dragon style, and is accompanied by several other tattoos on the girl’s lower back. Because this dragon tattoo is inked in black and white, it gives it the feel of a tribal dragon tattoo design.

Chinese dragon tattoos are increasing in popularity around the world, and can be found on the bodies of both men and women of all ages. These mythological creatures are traditionally shrouded in magic and mystery, which makes people associate dragon tattoo images with the exotic and the unknown. In Chinese and Japanese culture, dragons are typically depicted as highly intelligent and evolved, and are also seen as a source of luck. 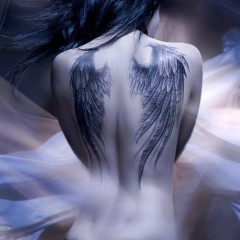 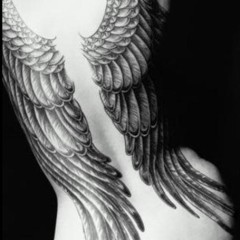 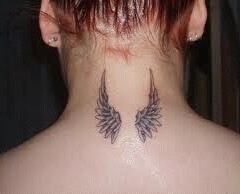