Polynesian tattoos were traditionally inked on the bodies of tribe members as a symbol of their courage, status and power, or as a means of protecting themselves from evil spirits. Today, Polynesian tattoos are popular among both men and women, because they can be used as a physical representation of the wearer’s culture or heritage, or simply because they are attractive and interesting tattoo designs. This person has a Polynesian tribal tattoo inked on the top of their left foot, and the tattoo design incorporates a variety of traditional tribal patterns. In addition to geometric shapes like triangles, the foot tattoo also incorporates swirly lines and tribal waves. 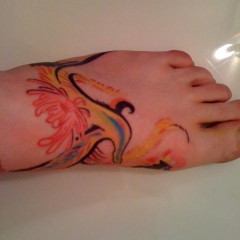 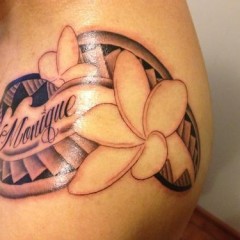 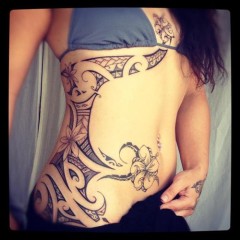