While certain fish tattoos – such as koi fish tattoos – carry a certain symbolic meaning, other tats like this guy’s bass fish tattoo typically don’t represent a deeper meaning. In other words, this guy probably got the bass tattoo inked on his upper arm/shoulder simply because he loves to fish. That being said, because they live in the water, all fish tattoos have the potential to mean a little something more. In general, water holds ancient symbolic meanings related to knowledge and the subconscious, and is also associated with a little bit of mystery. Water can also represent the womb and act as a symbol of femininity, fertility and birth. We’re going to go ahead and assume though that this guy’s bass fish tattoo isn’t meant to have that meaning. 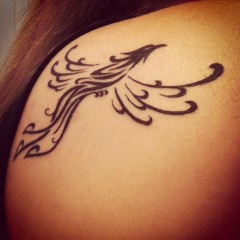 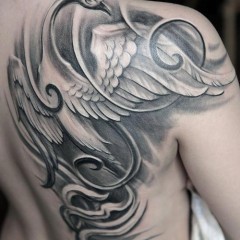