Celtic cross tattoos are extremely popular Celtic tattoo ideas, and this particular design incorporates many different elements that are traditionally Celtic and some that are not. The cross in the Celtic tattoo is pretty large, and at the center of the cross are four blue dolphins that create a circle. At each of the cross’ four points there is a traditional Celtic trinity symbol with two lotus flowers at its base. There is a circle behind the Celtic cross tattoo, and inside the circle there are four symbols that could represent the Celtic quaternary, or the four-cornered Celtic knot. Each of these symbols represents a specific idea or notion, but the Celtic cross tattoo overall symbolizes the four quarters: North – stability and wisdom; South – strength and passion; East – knowledge and learning; West – intuition and emotion. 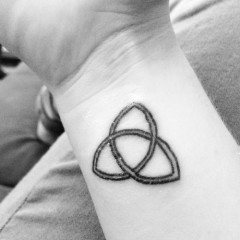 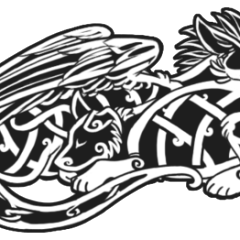 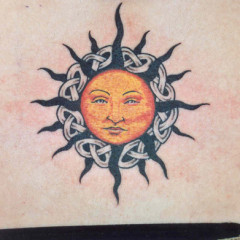 Celtic sun and knots back tattoo