This adorable tribal tattoo includes two penguins inked in the shape of a heart and one penguin off to the side.

Really cute tribal tattoos aren’t easy to come by, since the very nature of tribal tattoos sometimes makes them harsh and masculine. This tribal tattoo however, is super cute. In one part of the tattoo, two penguins stand with their heads together to form a heart. At their feet is a little swirl that could be a baby penguin. Off to the side is one penguin standing on his own. The penguin tribal tattoo is, of course, inked in black and white.

Penguins are known as bubbly and playful creatures, which make them a great tattoo design, especially for women. Even though most people don’t have much contact with penguins, the fact that they are cute and endearing creatures makes them a popular image for girls to have inked on their bodies. In this case, the penguin tribal tat could also stand for love. 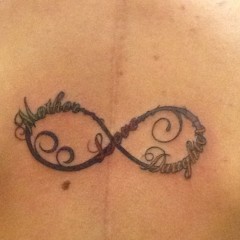 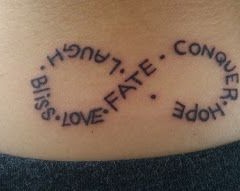