The phoenix in this tattoo is quite the patriot! The tattoo idea features an impressive-looking phoenix rising upward, with its wings spread and its head looking up in the direction of the bird’s ascent. On the lower part of the wings, there are shooting stars incorporated into the design, which are colored red, white and blue, like the American flag. The majority of the phoenix itself is inked in red, orange and yellow, but the tips of the tail feathers are inked in blue like some of the stars. Considering the patriotic twist on this colorful phoenix tattoo design, it’s possible the meaning of the tat could represent rising above obstacles and beginning anew. 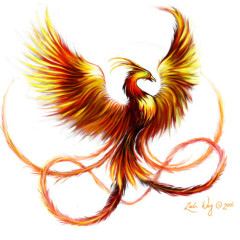 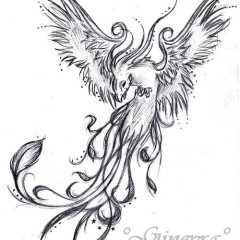 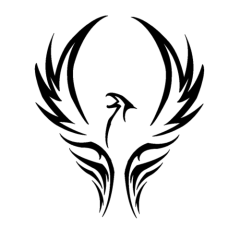